ALLEGED SPONSORING OF AVENGERS; SOME AGENTS AGAINST MY SOARING PROFILE –JONATHAN 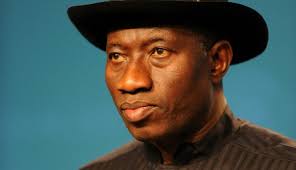 Former President Good luck Jonathan
has again made nonsense of the allegations that he is sponsoring the Niger
Delta Avengers.

According to him, he believes that
the allegation was being sponsored by those who were intimidated by his soaring
profile in Nigeria and abroad.

The former President said this in a
statement by his spokesman, Mr. Ikechukwu Eze, on Thursday.

There had been publications that
the Muhammadu Buhari-led Federal Government had begun probing Jonathan over
alleged link to the Niger Delta Avengers.

The statement, however, said, “It
is sad that the publications wore the cloak of deceit from the same misguided
characters that are hell-bent on pulling down the former President despite his
clear record of diligent service to his country and long-standing commitment to
the good of the society.

“There is no doubt that there
exists such people who may have scores to settle with the former President, but
are now feeling frustrated by the fact that his national and international
profiles have continued to rise despite their recourse to endless muck-raking
character assassination. Such people will stop at nothing to continue to throw
obstacles, albeit futilely, on his path.

“We are aware that the same people
approached other well-meaning newspapers with the same false information, but
they were wise to turn it down on account of its absurdity.”

Jonathan advised the media to be
professional and do more of investigative reporting instead of making reference
to allegations of aggrieved militants.

He said no responsible security
agency would release such falsehood to the press.

The statement added, “From what we
know about intelligence gathering, there is no responsible government agency
that would rush, as claimed in the newspaper stories, to adopt the accusations
of a questionable rebellious organisation as its own findings, without applying
the professional processes of rigour and due diligence.

“Our media houses should be careful
not to make the country a laughing stock by being hoodwinked into passing off
the perverted voices of irritant groups as that of our well-respected official
and security authorities.”

The ex-President said newspapers
promoting spurious allegations against him were toying with libel and
destroying the image of Nigeria.