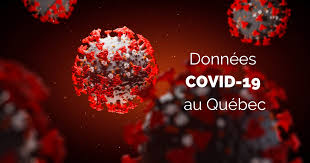 The Nigeria Centre for Disease Control has announced 108 new
confirmed surfaced cases of Coronavirus in the country, making a total sum of
981 as new Drug testing on the virus fails trial.

The report was obtained by our correspondent Via NCDC Twitter
handle.

The report also indicates that three-person died of Coronavirus-related
complications in the country, making the number of causality rise to 31.

The report on indicates that as of 23rd of April, 2020108 new
confirmed cases of COVID-19 were recorded in Nigeria. Till date, 981 cases have
been confirmed, 197 cases have been discharged and 31 deaths have been recorded
in Nigeria.

Meanwhile
Reuters (AFP) report that the experimental antiviral Drug for Coronavirus had
failed in its first clinical trial to treat COVID-19 illness.

Gilead
Sciences, the company behind the medicine, disputed how the now-deleted post
had characterized the findings, saying the data showed a “potential benefit.”

A
summary of the experiment said remdesivir was “not associated with a difference
in time to clinical improvement” compared to the control, according to health
news site Stat, which posted a screenshot.

After a
month, 13.9 percent of the patients on remdesivir had died compared to 12.8 per
cent of those in the control group.

“As such, the study results are inconclusive,
though trends in the data suggest a potential benefit for remdesivir,
particularly among patients treated early in disease,” he said.

The study does not represent the final word on the matter and there are several
large-scale trials in advanced stages that should soon provide a clearer
picture.

Remdesivir
belongs to a class of drugs that act on the virus directly — as opposed to
controlling the abnormal and often lethal autoimmune response it causes.