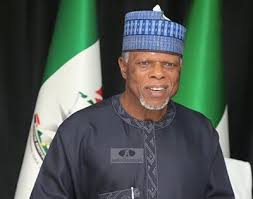 “As a result of the pains
associated with the effect of the lockdown, some Nigerians have taken to the
social media to call on Nigeria customs service to share seized rice and other
edible items to members of the public, while some of these calls appear well
intended, others had attempted  to create
the impression that customs officers have the liberty to use seized items as
they deem fit, some even mischievously impugned that the item may have already
been shared to cronies, nothing can be further from the truth”,

This was the submission of Custom’s Comptroller General, Hameed Ali, arriving at a decision as part of measure  to reacting
to the pains of Nigerians associated with the lockdown as a result of the Coronavirus
and the continuous action of government at all levels to prevent the spread of
the virus in Nigeria.

In
a statement made available to Urban Express News-online through the Customs
Public Relation officer Dc Joseph Attah said; in line with the provision of
section 167 (2) of CEMA CAP45 LFN 2004, seized item upon condemnation and forfeiture
to the federal government by a competent court of jurisdiction  are kept in government warehouses pending
government directive on its disposal.

Continuing,
Attah said in compliance with a presidential directive, the comptroller general of
customs, col. Hammed Ali has already approved the release of items to boost the
federal government continuous effort to alleviate sufferings associated with
the painful but necessary ongoing lockdown in some part of the country.

Attah
said only edible item certified fit for human consumption by National Food Drug
Administration And Control (NAFDAC) will be released to the public.

“As
a responsible agency of government, the Nigeria customs service appreciate the opportunity
of contributing its quota to the federal government’s continuous efforts to provide
relief for Nigerians  in this difficult
time, the customs remains committed to strictly
adhering to all extents laws governing seized and overtime cargoes’’

Attah
said despites the prevailing risk, the service will continue to discharge its  function of securing the land border and collection of revenue that is needed
during the post-COVID-19 pandemic period.

“While
urging the officers and men to remain focused on service delivery, the comptroller
general custom reminds the operatives
and all Nigerians on the need to obey all directives of government and medical
experts to stop the spread of the deadly virus”