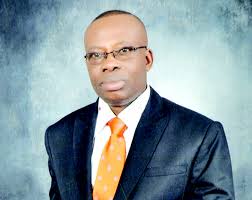 Second Vice President of the
Nigeria Bar Association (NBA) and human rights lawyer, Monday Ubani has
condemned too many Customs roadblocks along Lagos-Ore-Benin-Onitsha Road,
describing it as illegal.

In a brief chart with Urban Express
News  reporter, Ubani said it was an
aberration that Customs allowed contraband goods to enter through the borders
“only to mount roadblocks along the roads leading to a particular section of
the country and start confiscating goods that had been cleared or have been
illegally allowed to enter the country.”

He advised Customs to strengthen
security around the borders and ensure that contraband products are not allowed
in, instead of engaging in illegality.

“They cannot probate and reprobate.
What they are doing currently is illegal. It is just that no one has challenged
it in the court. Once it is challenged in the court and there is a court
pronouncement, the illegality will stop.

“There is no other part of the
country where you have such number of road blocks which you find along
Lagos-Ore-Benin-Onitsha Road. Such action appears discriminatory and will
aggravate the demand for state of Biafra, because it appears to be targeted at
a particular people,” he said.

However, Ubani said the Igbo are
better of within a united Nigeria under true federalism, where there is equity,
justice and fairness.