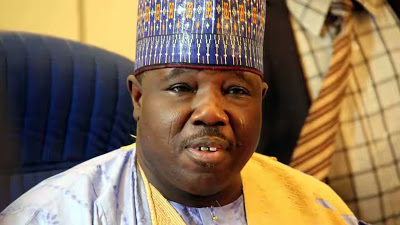 A factional chairman of the Peoples Democratic Party, Ali Modu Sheriff, has assured spectators to submit the name of Matthew Iduoriyekwemwen to the Independent National Electoral Commission (INEC) as PDP candidate for Edo governorship election.

Sheriff, made this known when he presented the party’s certificate of return to Mr. Iduoriyekwemwen ahead of the Sept. 10 election on Tuesday, July 6, 2016 .

Mr. Sheriff made the pledge on the same day another faction of the party, led by Ahmed Makarfi, launched its campaign for the Edo elections, for another candidate, Osagie Ize-Iyamu.

The event was attended by the Akwa Ibom State governor, Udom Emmanuel.

Mr. Sheriff said he would rely on the judgment of Justice Okon Abang of the Federal High Court, Abuja,‎ to send his faction’s candidate’s name to INEC.