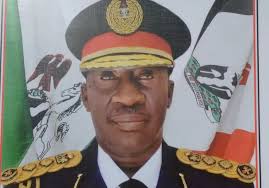 Petrol station Owners in Otukpo, Benue State,
on Tuesday, shut down their facilities and refused to sell to the public
thereby causing artificial fuel scarcity in the area.

This was as a result of a brawl
between some men and officers of the Nigeria Security and Civil Defence Corps
and fuel pump attendants in the town.

The petrol stations’ owners alleged
that the NSCDC personnel were interfering with their trade by demanding for
bribe.

They added that any time the
agency’s men solicited for gratification from the pump attendants or managers
and they (workers) were turned down, the officers would begin to molest the
workers.

A fuel station owner in Otukpo, Mr.
Achi  Shaibu,  who
spoke with  some selected
journalists, said about 12 officers and men of the NSCDC came to his fuel
station, demanding to see the manager.

He explained that having seen him,
the officers directed him to close down the station for his refusal to come to
their office to pay N10,000.

He alleged that the armed officers
were moving from one fuel station to the other collecting N10, 000, adding that
one of them engaged in a fight with a pump attendant in his fuel station and
injured him.

He said, ‘’The NSCDC officers
started chasing out drivers in the queue and other vehicles including
motorcycles from the station.  When the
workers tried to question their action, the officers beat them up and dragged
them to their office. This is how NSCDC personnel always harass owners of
petrol stations and beat up their staff in this area just because of bribe’’.

Another fuel station owner who
spoke on condition of anonymity alleged that the NSCDC usually compelled petrol
dealers in Otukpo to pay between N10,000 and N15,000 daily once they  discovered that such station was selling petroleum
products to the public.

He added that those who refused to
comply with the directive either had their station shutdown or get arrested.

He said, ‘’My worker was arrested
and taken to their office and beaten up. When I came to bail him, I was asked
to pay N100,000.

“It was as a result of this that we
decided to shut down our stations and came to see the area commander to ask why
they are  treating us this way?’’

When our correspondent contacted
the NSCDC Benue State Command Public Relations Officer, Isaiah Manyam, he said
he could not comment on the matter then but he promised to call back.

Manyam, as of the time of filling
this report, did not return our correspondent’s call neither did he respond to
other calls and text messages to his telephone line.