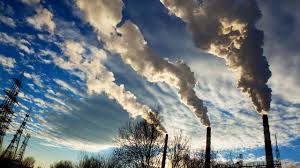 We live in an age of rapid change
in the global environment, change caused by prolific human activities and
unprecedented in   human history. Amongst
the most prominent of the change is the alteration of composition of the
atmosphere, with the associated consequences for the earth climate. Although,
there has been series of event that has resulted to climate change in the past,
however, this present is peculiar in that it is anthropogenic ally induced.

This change is as a result of the  continuing processes of
evolutionary change and adaptation that have led to the development of the
marvelously diverse communities of organisms over the land and of the surface
waters of the earth. When human beings first appeared on the earth and the
development of civilization began our collective impact on the process of
natural selection and evolution was hardly perceptible. But as we increase in
numbers and particularly after we learned stored in fossil fuel and apply this
energy to the process of urbanization, industrialization and intensive
agriculture and forestry, our impact become progressively stronger.

Over the century, as a result of
this human influence, virtually all ecosystems on earth have being affected.
This in turn has altered and transformed the major biogeochemical cycles, such
ass the global carbon, water and nitrogen cycles.  Almost every human being do on a large scale
influences the chemistry of the atmosphere. All countries, regardless of their
levels’ of development or type of political system are subject to the adverse
effect of climate change variability. Recent studies have shown that industrial
countries are no more immune to the impact of climate change than the
developing counties. In fact, according to sten review committee, it indicates
that the poorest developing countries will be hit earliest and hardest by
climate change even though they contributed little to coursing the problem.

Hoses contribute to the global climate change, this is so because it is
more than shelter but robust and an all encompassing environmental and
systematic view in that the environment as used is more generic to encapsulate
all systemic environment that influence
housing. Suffice to ay, it is a collection of characteristic to provide
a unique home within any neighborhood and it is thus an array of economic,
sociological a psychological phenomena. Housing as a sub set of the eco-system
utilizes the package of bundle of facilities and utilities and this interrelatedness
no doubt affect the environment. Hence, liability for pollution of our planet
does not solely rest with the great industrial combines whose facilities spew
chemical waste into the air, on to the land, into water and sees.

These are all major contributors, but
ultimately, it is the house holder who maintains the demand for their product,
and who therefore the bears an equal responsibility for the pollution that
threaten to ruin our planets. In accordance with this, house hold has created
today’s ecological crises. The warning of the earth’s atmosphere as a result of
the blanketing effect of carbon-dioxide and other polling gases  is now being taken seriously considering the
fact that it is continually been noticed. In an attempt to take aback at
history at the start of the 21st century, humanity is becoming a predominantly
urban species and this historic development represents a fundamental, systemic
change in the relationship between human and nature. Human habitats has gone
through many phases in its evolution and perhaps now at a point where reversal
has become critical. From the cave man era through the age of small huts made
from straws and trunks to the age of brick, wood, metal and glass the human
habitat has metamorphosed indeed.

As population grew and human
beings began to organize their societies, so did the size and dynamics of their
settlement grow and become sophisticated yet complicated. The socio-economics
of climate change to house hold vulnerability has a variety of counts. The
economy is more dependant on climatically sensitive natural
resources-natural  eco-systems like
forests as well as farming and fishing environmental stress of various kind  is already
acute in many areas as a result of the implication of climate change
that is  aggravating it many of the
adaptation that would be required to reduce cost of this phenomenon must
intensify the management of  nature
reservoirs , redesign of dams and irrigation systems although may be beyond the
resources of many countries poorer countries , adjustment imposes cost on all.