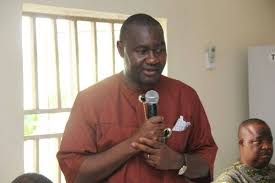 Magnus Abe, A Former Chairman,
Senate Committee on Petroleum (Downstream) and chieftain of the All
Progressives Congress, on Friday raised the alarm over alleged plans by the People’s
Democratic Party to scuttle the rerun elections using the courts and judiciary.

According to him, if something
urgent was not done by relevant stakeholders, the rerun election may be
programmed to fail.

But in his reaction to the
allegation, the Rivers State PDP Publicity Secretary, Samuel Nwanosike, said
the party went to court because it suspected something.

Abe, candidate for the rerun
election in Rivers South-East Senatorial District, under the platform of APC,
raised the allegations during a press briefing in Abuja, against the background
the recent court verdict secured by PDP to stop the election in Tai Local
Government Area.

He said, “The surprising
information that we are getting now is that the PDP is perfecting plans to use
the courts and judiciary to scuttle the rerun election in Rivers State. But we
know that the judiciary will not be used to stifle democracy. The impunity and
audacity of the PDP has no limit.

“Before the last election, we drew
the attention of the public on the plan by PDP to cause violence in the Rivers
rerun election. But we were not taken serious. This is the first time when a
political party will be denying people their legitimate rights. As we speak,
all the APC members who won election into Rivers State House of Assembly with
their Certificates of Return have not been sworn in while PDP legislators have
been inaugurated.