ONDO APC PRIMARIES; THERE IS DIFFERENCE BETWEEN IMPOSITION AND ENDOSEMENT- SEGUN ABRAHAM 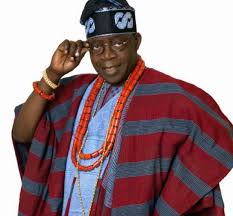 One of the governorship aspirants
of the All Progressives Congress in Ondo State, Dr. Segun Abraham, has denied
being imposed on the party by the national leader of the APC, Asiwaju Bola
Tinubu.

Abraham was reported to have been
imposed on the party by Tinubu as the candidate of the APC at the November 26
governorship election in the state.

The APC aspirant who spoke on Adaba
FM, Akure, MONITORTOED BY URBAN EXPRESS CORRESPONDENT on Saturday said other
aspirants were against him because they knew they would lose the primary.

“The national leader was accused of
imposing me on the party; I was not imposed – endorsement is different from
imposition. Those who regard the two as the same do not know what they are
saying. The national leader only said I am a preferred aspirant that could
deliver the state for the APC in the coming election.

“There will be a primary and
delegates know who they will vote for and who can win election for the party. I
have met the delegates and they have assured me that they are for me. If we
hold the primary today, I shall have nothing less than 85 per cent of their
votes,” Abraham stated.

Commenting on the verbal and media
attacks on Tinubu over his endorsement, the governorship aspirant said
aspirants attacking Tinubu were ungrateful, pointing out that many of them are
beneficiaries of the party leader’s influence.

According to him, Tinubu helped
Rotimi Akeredolu to emerge as the candidate of the defunct Action Congress of
Nigeria in the 2013 governorship election in Ondo State.