PDP TO DARIYE; YOUR SEAT MAY BE DECLARED VACANT 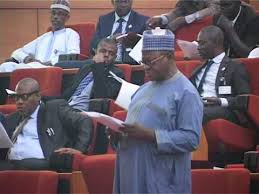 The former Organising Secretary of
the Peoples Democratic Party in Plateau State, Mr. Mike Dachom, said the party
may declare the seat of a former governor of the state, Mr. Joshua Dariye,
vacant following his defection to the ruling All Progressives Congress.

Dariye was governor of Plateau
State under PDP between 1999 and 2007.

Dachom told Urban Express
correspondent in an interview in Jos on Friday that all options are on the
table, including initiating his recall, stressing that the reason given for his
action was not tenable in law as the PDP was not in crisis.

He said only a court could declare
that a party was in crisis, adding that the PDP structure in the state, from
the ward level where the senator came from to the state and even zonal level,
was  very much intact.

Dachom said Dariye had not shown a
good example to younger politicians by his action because he behaved like the
proverbial hand that betrayed the finger that fed him,

He said, “Dariye has not
reciprocated the grace God has given him. For somebody who was a two-time
governor under PDP for eight years and you remember how he got the senatorial
seat in 2015, he thought that the best thing was to dump the party. What is he
really telling the younger politicians who are looking up to him?”