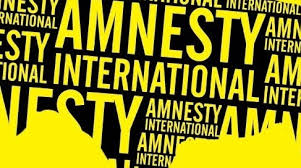 The latest reports of the Amnesty
International (AI) have revealed how no fewer than 150 pro-Biafra protesters in
the South East were killed by the Nigerian security forces led by the military.

The group, in a press statement
yesterday, based its figure on analysed 87 videos, 122 photographs and 146
eyewitness testimonies relating to demonstrations and other gathered between August
2015 and August this year.

The Indigenous People of Biafra
(IPOB) emerged in 2012 and campaigns for an independent Biafran state. Almost
50 years ago, an attempt to establish Biafra state led to a civil war from 1967
to 1970.

There has been series of protests,
marches and gatherings by members and supporters of IPOB since August last year
by the group which has been seeking the creation of a Biafran state.

However, tension increased
following the arrest of IPOB leader, Nnamdi Kanu on October 14, 2015, who has
since remained in detention.

The statement read: ‘’The Nigerian
security forces, led by the military, embarked on a chilling campaign of
extrajudicial executions and violence resulting in the deaths of at least 150
peaceful pro-Biafra protesters in the south east of the country, according to
an investigation by Amnesty International published today (yesterday).

It further stated that available
data consistently showed that the Nigerian military fired live ammunition with
little or no warning to disperse crowds.

AI also said it found evidence of
mass extrajudicial executions by security forces, including at least 60 people
shot dead in the space of two days in connection with events to mark Biafra
Remembrance Day.

“This deadly repression of
pro-Biafra activists is further stoking tensions in the South-east of Nigeria.
This reckless and trigger-happy approach to crowd control has caused at least
150 deaths and we fear the actual total might be far higher,” said Makmid
Kamara, Interim Director of Amnesty International Nigeria.

“The Nigerian government’s decision
to send in the military to respond to pro-Biafra events seems to be in large
part to blame for this excessive bloodshed. The authorities must immediately
launch an impartial investigation and bring the perpetrators to book.”

According to the group, the largest
number of pro-Biafra activists were killed on Biafra Remembrance Day on 30 May
2016 when an estimated 1,000 IPOB members and supporters gathered for a rally
in Onitsha, Anambra State.

It went further to state that night
before the rally,  Nigerian security
forces raided homes and a church where IPOB members were sleeping.

“On Remembrance Day itself, the
security forces shot people in several locations,’’ it said.

Although Amnesty International said
it had not been able to verify the exact number of extrajudicial executions on
the occasion,  it estimated that at least
60 people were killed and 70 injured in the two days.

Fearing that the real number of
extrajudicial executions might be higher, AI
quoted one Ngozi, 28, mother of one who told the group that her husband
left in the morning to go to work but called her shortly afterwards to say that
the military had shot him in his abdomen.

“He said he was in a military
vehicle with six others, four of whom were already dead. He (my husband)
started whispering and said they just stopped (the vehicle). He was scared they
would kill the remaining three of them that were alive… He paused and told me
they were coming closer. I heard gunshots and I did not hear a word from him
after that.

“The next day, Ngozi searched for
her husband and finally found his body in a nearby mortuary. The mortuary
attendants told her that the military had
brought him and six others. She saw three gunshot wounds; one in his
abdomen and two in his chest, which confirmed her fear that the military had
executed him.”

The Amnesty also said it reviewed
videos of a peaceful gathering of IPOB members and supporters at Aba National
High School on February 9, 2016, during which the Nigerian military surrounded
the group and fired live ammunition at them without any prior warning.

“Many of the protesters at Aba were
rounded up and taken away by the military. On February 13, corpses, including
those of men known to have been taken by the military, were discovered in a pit
near the Aba highway.

“It is chilling to see how these
soldiers gunned down peaceful IPOB members. The video evidence shows that this
was a military operation with intent to kill and injure,” said Kamara.

In many of the incidents detailed
in the report, including the Aba High School protest, AI said the military
applied tactics designed to kill and neutralize an enemy, rather than to ensure
public order at a peaceful event.

“All IPOB gatherings documented by
Amnesty International were largely peaceful. In those cases where there were
pockets of violence, it was mostly in reaction to shooting by the security
forces. Eyewitnesses told Amnesty International that some protesters threw
stones, burnt tyres and in one incident shot at the police. Regardless, these
acts of violence and disorder did not justify the level of force used against
the whole assembly.

“Amnesty International’s research
also shows a disturbing pattern of hundreds of arbitrary arrests and
ill-treatment by soldiers during and after IPOB events, including arrests of
wounded victims in hospital, and torture and other ill-treatment of detainees.

Vincent Ogbodo (not real name), a
26-year-old trader, said he was shot on Remembrance Day in Nkpor and hid in a
gutter. When soldiers found him they poured acid on him. He told Amnesty
International: “I covered my face. I would have been blind by now. He poured
acid on my hands. My hands and body started burning. The flesh was burning…
They dragged me out of the gutter. They said I’ll die slowly.”

A man who was detained in Onitsha
Barracks after the Remembrance Day shooting on May 30, 2016 told Amnesty
International: “Those in the guardroom (detention) were flogged every morning.
The soldiers tagged it ‘Morning Tea’.”

The group lamented that despite the
overwhelming evidence that the Nigerian security forces committed gross human
rights violations including extrajudicial executions and torture, no
investigations have been carried out by the authorities.

‘’A similar pattern of lack of
accountability for gross violations by the military has been documented in
other parts of Nigeria including the north east in the context of operations
against Boko Haram’’.

In the very rare cases where an
investigation is carried out, there is no follow up. As a result of the
apparent lack of political will to investigate and prosecute perpetrators of
such crimes, the military continues to commit human rights violations and grave
crimes with impunity.

In addition to investigations, the
Nigerian government must ensure adequate reparations for the victims, including
the families. They should end all use of military in policing demonstrations
and ensure the police are adequately instructed, trained and equipped to deal
with crowd-control situations in line with international law and standards. In
particular, firearms must never be used as a tool for crowd control.

AI said on September 30, 2016,
it  shared the key findings of its report
with the Federal Minister of Justice and Attorney General, Chief of Defence
Staff, Chief of Army Staff, Ministry of Foreign Affairs, Minister of Interior,
Inspector General of Police and the Director-General of the state Security
Services.

Although it stated that responses
were received from the Attorney General and Inspector General of Police, but
neither answered the questions raised in the report.