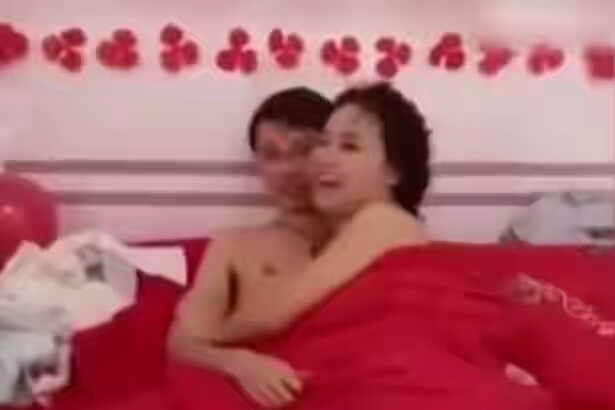 Oh dear! A shocking video shows a newly-wed couple in China being forced to strip naked before having sex in front of wedding guests .

The video shows the pair led in bed together as giggling friends cheered them on.

One guest watches the bride and groom hug, but isn’t satisfied, shouting: “You climb onto his body now!”

Another female guest tries to reposition the woman’s thigh over the top of her husband while a third asks: “Are you two attached to each other?”

Although slightly awkward, the newly weds do appear to be laughing as they simulate sex underneath the duvet.

Several times during the clip, guests attempt to pull the covers off the two lovers, finally succeeding towards the end, and exposing both their naked bodies to the camera. 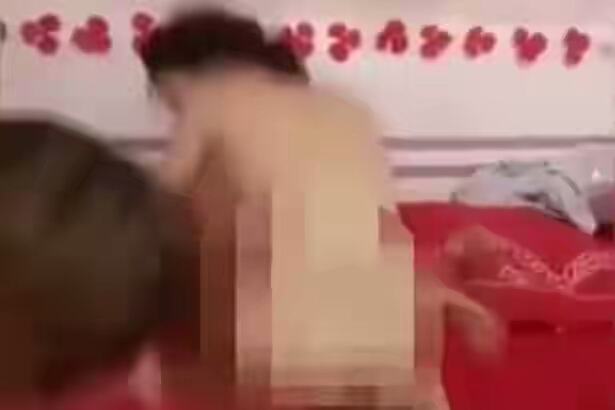 In China, newly married couples are sometimes made to play rude or sex-themed games on their wedding night.