You Can’t Preach what you’re against, Wike, Others Tells Oshiomhole As Obaseki Campaign Begins: Olawale Idowu “You started campaigning against godfathers,
even went ahead to lunched “One Man Vote”, going ahead to bring those that are
known all over to be master riggers in, while campaigning, as against what you
preach, while those coming from Lagos jumped back inside their plane and
travelled back almost immediately, others who are your like minds of being
economical with truth walked along, why coming now to tell Edo people what you
preached against to be embraced by them again?

This were some of the jibes thrown at the former Edo State Governor and immediate past
Chairman of All Progressive Congress, Adams Aliyu Oshiomhole at the
inauguration of the People’s Democratic Party (PDP) Edo Governorship Rally
yesterday.

The
Rivers state governor, Nyesome Wike, his Sokoto State counterpart, Aminu
Tambuwal and the chairman of the party, Prince Uche Secondus said on Saturday that
can’t be preaching what he was against and that he should bury the thought of
becoming a godfather as godfatherism was dead in Edo state as they said
Governor Godwin Obaseki’s  Re-election
becoming a governor of the state has the overwhelming support of Edo People who
believe in his philosophy of one man one vote with no godfatherism. 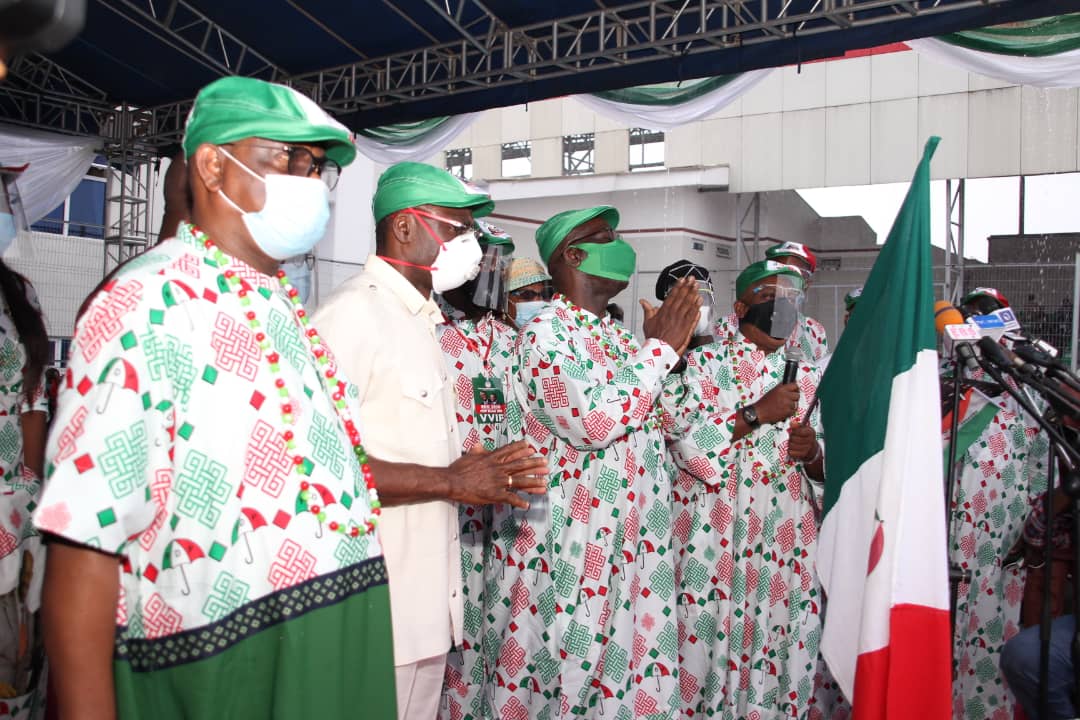 The trio who were referring to Obaseki’s predecessor and former Chairman of the All
Progressives Congress, Adams Oshiomhole, spoke at the inauguration of Obaseki
re-election campaign held at the Samuel Ogbemudia Stadium, Benin City, Edo
State.

Wike
said the South-South region belongs to the PDP as he noted that nobody would be
allowed to rig the September 19 governorship poll in the state. 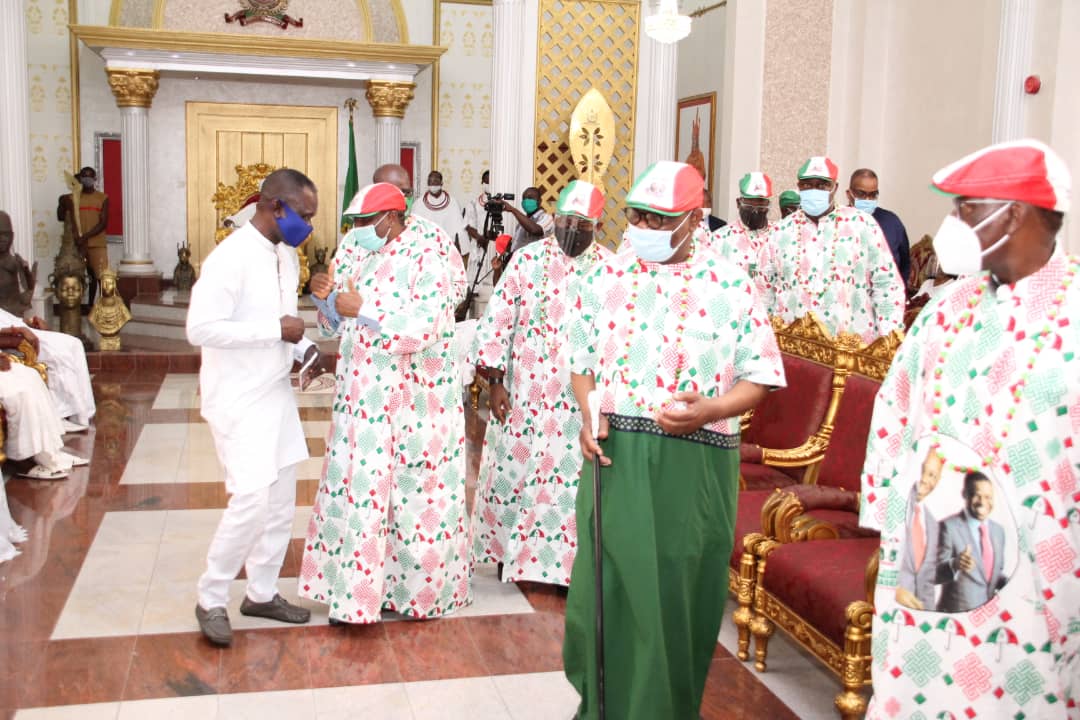 According
to him, the people of the region will not allow any other political party to
have a foothold in the area anymore.

Wike,
who is Chairman of the PDP National Campaign Council for Edo State Governorship
Election said Edo people must reject godfatherism, and that nobody would rig
the election.

He
said, “Former APC National Chairman, Adams Oshiomhole, is making a U-turn to
lick his vomit by presenting a candidate he earlier rejected and castigated.
Today, we are here to tell the people of Edo State that they should not be
afraid because nobody can rig the forthcoming election.

“Four
years ago, Adams Oshiomhole said he cannot trust the APC governorship candidate
that he was rusticated from school.

“Today,
Oshiomhole is coming back to present the same person to Edo people. He thinks
Edo people are fools. I challenge Edo people not to vote any person presented
to them by Oshiomhole.”

Also
speaking, Tambuwal took a swipe at Oshiomhole for attempting to practice the
godfatherism he once rejected. He, however, urged Obaseki to hold on to God and
the people to defeat the enemies of the state as he did in his own state,
Sokoto.

“He
(Oshiomhole) was all over the place in the past, condemning godfatherism, but
now wants to become a godfather in Edo,” Tambuwal said.

He
called on the Chairman, Independent National Electoral Commission, Prof Mahmoud
Yakubu, to build on the legacies of his predecessor, Prof Attahiru Jega, who,
according to him, ensuring that free and fair election was conducted in the
state, enabling Oshiomhole to govern the state for eight years.

Presenting
the PDP flag to Obaseki as the party’s candidate, Secondus described the governor as a gentleman and performer.

Secondus,
who noted that the party was proud of the performances of governors on its
platform said godfatherism would not be allowed in the state.

He
appealed to the President to ensure free and fair elections.

Responding,
Obaseki promised to sustain good governance in the state.